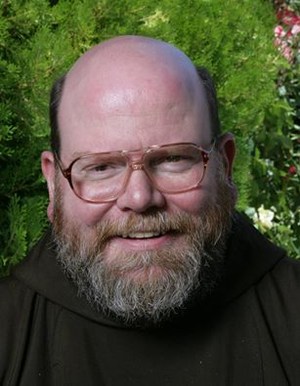 Fr. Gregory Coiro was born on January 29, 1953 in Long Island, New York, the son of Anthony D. Coiro and Theresa M. Friedel Shelby. He entered the Capuchin Franciscan Order on August, 15, 1972 and made his perpetual profession of vows on September 22, 1979. He was ordained a priest at St. Mary’s Cathedral in San Francisco on May 15, 1982. After ordination he was assigned as Associate Pastor at St. Joseph Church in Roseburg, OR. He was a teacher at St. Francis High School in La Cañada-Flintridge, CA from 1982-1990. He served in the Office of Public Affairs for the Archdiocese of Los Angeles and Media Relations. He was Associate Pastor at Our Lady of Angels Church in Burlingame, CA. He then was chaplain for St. Francis High School in La Cañada-Flintridge in 2002. He became Rector of the National Shrine of St. Francis in San Francisco, CA in 2010 and served until 2013. He then retired because of health issues. He died from renal failure at Coming Home Hospice in San Francisco, CA on September 9, 2016.

Fr. Greg was brilliant and had a sharp wit. He was a wonderful organist and loved classical music and old hymns. He loved to teach and helped start the Kairos High School Retreats at St. Francis High School. He was excellent in media relations for the Archdiocese of Los Angeles. He loved his faith and he had a wonderful ability of defending and explaining the Church’s teaching. He touched many hearts.

He is survived by his dear mother Theresa M. Friedel Shelby and his brother and sisters: Anthony Coiro, Tracy Tinder, Dana Covellone and Jennifer Bravo. He is also survived by many nephews and nieces.